A collection of videos from the Tewkesbury Together Festival 2021 – a time to celebrate and learn more about not only our own Tewkesbury, but other Tewkesburys around the World.

This presentation, by Joanne Raywood, Tewkesbury’s Town Mayor, tells the story of our Town Council and Town Hall from the first Town Council to the Town Council today. It includes a virtual tour of the inside of the building from the Council Chamber to the cellar.

Tewkesbury – In The Footsteps of our Ancestors 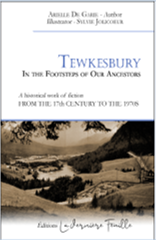 Seven characters from seven different eras recount, through their experiences, a part of the history of Tewkesbury (Canada-Québec). You will hear the logging camp tale of a lumberjack and log driver. You will understand why an experienced teacher at a rural schoolhouse loves the children of Tewkesbury so much. A Wendat guide will tell you how he saved a Jesuit from drowning. You will commiserate with an early settler on the hardships of farming. You will sympathize with an activist in her fight against Hydro-Québec in the Battle for the Jacques Cartier. You will hunger for a taste of the hunter-trapper’s eel dish. And, you will agree that playing cards is the best way for a certain surveyor to avoid a divorce.

Through a family history spanning several generations, from 1853 to 1964, with music and songs of popular Quebec folklore, this historical fiction virtual show will take you from your home to discover the memory of the ancestors and the history that shaped the the valley of Tewkesbury, in the Jacques-Cartier River region. A show performed by storytellers. The starting point: the discovery of her native origins by a young woman from Tewkesbury, who inherited a drum, and haunted in a dream by a magical fox with the power to tell the story of the ancestors of those he meets. A work by Arielle de Garie, multidisciplinary artist from Tewkesbury (Canada-Quebec)

Interview on the history of Tewkesbury (Canada-Québec) – Sherry Craig

Interview with Sherry Craig, an English speaker from Stoneham-et-Tewkesbury’s Historical Society. You will learn specifically about the history of Tewkesbury (Canada-Québec) and its important facts.

History of Tewkesbury for its Kin Recording of the live event

As Tewkesbury Celebrates in Lights, the 900th Anniversary of its unique Abbey, John Dixon, Life President of Tewkesbury Historical Society will present a Zoom Lecture, analysing the Historical Development of Tewkesbury via its religious affiliations, main buildings, transport changes, industry, Links with America.

Explore The History Of Tewksbury, Massachusetts – Recording of the live event 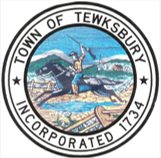 Doug Sears, President of the Tewksbury Historical Society, will discuss the history of Tewksbury, Massachusetts. Located 21 miles north of Boston, Tewksbury has a rich colonial heritage dating from the earliest years of English colonization.  Tewksbury was first settled in 1637 and was officially incorporated in 1734 from Billerica. Like Tewksbury Township, New Jersey, some believe it be named after the town of Tewkesbury, England. Doug will be live and looks forward to answering your questions after his presentation. Sears, a graduate of Harvard College, Harvard Divinity School, and Suffolk University Law School, previously served as an elected official in Tewksbury — first as a School Committee member and then as a Selectman.

Explore The History Of The Tewksbury State Hospital

Author Ashlynn Rickord Werner discusses her new book, “Tewksbury State Hospital: Images of America.” Opened on May 1, 1854, the State Almshouse at Tewksbury was a venture by the Commonwealth of Massachusetts to provide economical care for state paupers. Originally intended to accommodate 500 residents, by the end of 1854 the almshouse had admitted well over 2,200 paupers, thus necessitating future expansion. Although the virtue of the institution was called into question in 1883 by Gov. Benjamin Butler, who decried Supt. Thomas J. Marsh, the almshouse would continue to serve the destitute of the commonwealth for years to come. The name would later be changed to Tewksbury State Hospital to reflect the inclusion of the mentally ill, the sick, and those suffering from infectious disease as patients. Today, the hospital remains operational in providing specialized care in the Thomas J. Saunders Building while also serving as host to various governmental agencies and community organizations like the Public Health Museum on its historic campus. Although many of the early structures were demolished in the 1970s, the Tewksbury State Hospital remains an active institution brimming with architectural beauty and a rich public health history. Ashlynn Rickord Werner is an historian of state hospitals for the mentally ill and state schools for the developmentally disabled. She serves on the board of directors for the Public Health Museum, which is housed in the Old Administration Building at Tewksbury State Hospital.

Marilu Swett and Caroline Bagenal — both Associate Professors of Art at Montserrat College of Art and members of Boston Sculptors Gallery — discuss Tewksbury sculptor Mico Kaufman’s storied career. Born in Romania, Kaufman was educated at the Academy of Fine Arts in both Rome and Florence in Italy. During World War II, he survived three years in a Nazi labor camp. In 1951, he emigrated to the United States and moved to Tewksbury in 1964, where he called home until he passed away in 2016. Locally, Kaufman is known for his sculptures throughout town, including “Water,” “The Muster,” “Touching Souls,” Wamesit Indian,” the World War II memorial, and “Blessed Eugene de Mazenod.” Many other sculptures may be seen in Lowell. Kaufman is world-renowned for his work with medals, of which he has produced hundreds. He created inaugural medals for Gerald Ford, Jimmy Carter, Ronald Reagan, and George H.W. Bush. Kaufman has been the recipient of multiple awards, including Sculptor of the Year in 1978 from the American Numismatic Association and the James McNeill Whistler Distinguished Artist Award in 2010. A copy of Touching Souls can be found in the grounds of the Abbey, Tewkesbury UK.

A presentation created by John Dixon, President of Tewkesbury Historical Society, England. Voiced in French by a volunteer from Tewkesbury Library.

Discover the fascinating history of this municipality of Stoneham-et-Tewkesbury (Canada), founded by two men from England. Learn more about the origin of Mont Wright Park and the incredible battle against Hydro-Québec to protect the Jacques-Cartier River.